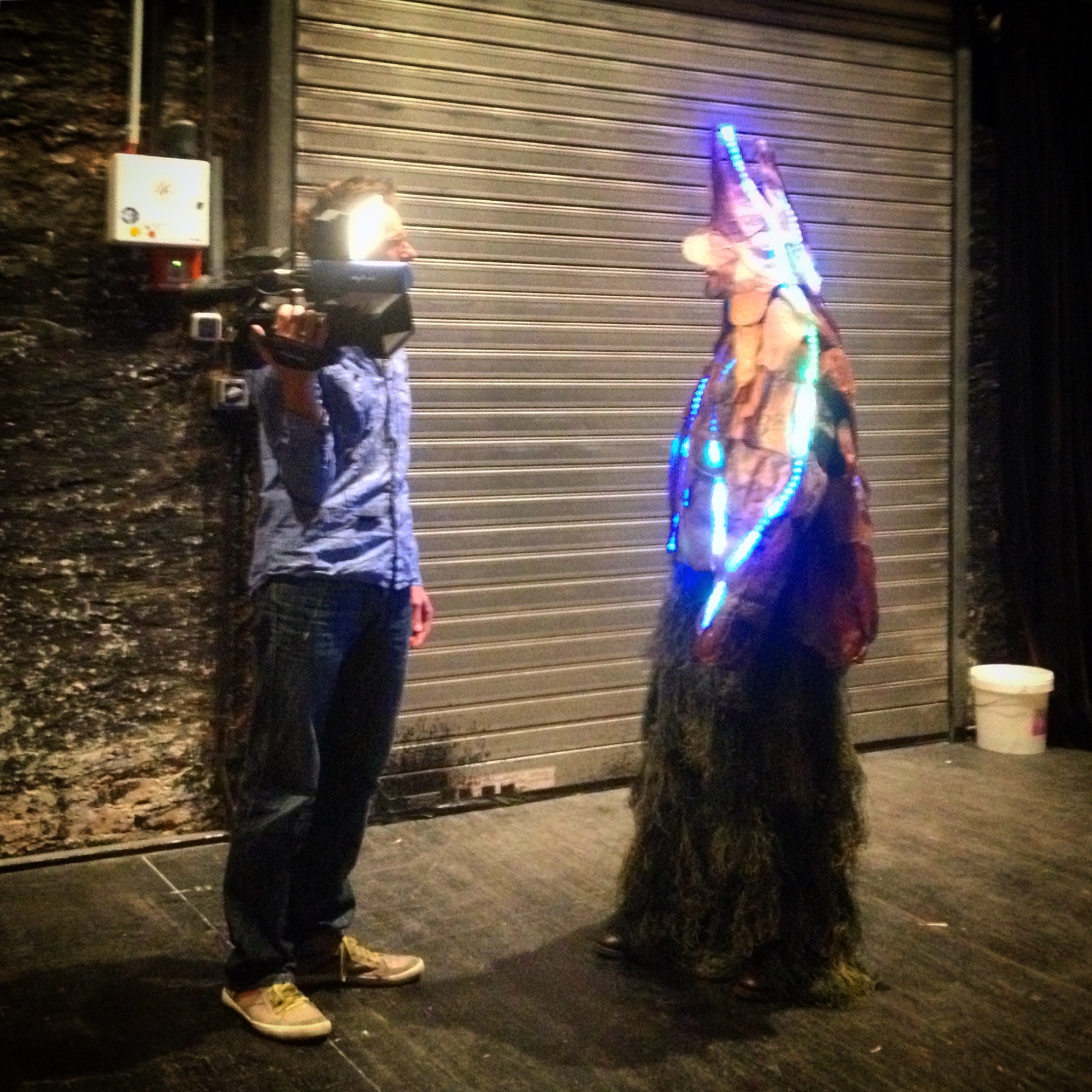 In 2015 we've realized an interactive costume for the romantic german opera 'Der Freischütz' (The Marksman) by Carl Maria von Weber. The Opera Leipzig with its subsidiary Musikalische Komödie ordered this costume made from ScobyTec BNC. Together with director Jasmin Solfaghari and designer Sven Bindseil we've developed this interactive costume illustrating a tree for the scene 'The Wolf's Glen at Night' in act two of the opera. The costume is equipped with more than 500 RGB LEDs individually controlled by Teensy micro computers. The costume allows to display several programs of animations of fire, rain and thunderstorm in different intensities controllable by the actor.